On the last page of TRAMsoft advert we see “SRS Ing. R.W. Fankhauser” which was one of the best reseller for their modules.
One other was “GEWA COMPUTERS”.
(If some of you have informations about GEWA then please contact me)
Here is an extract from the GEWA catalog 2/84 :
(You can watch the prices on the red page.) 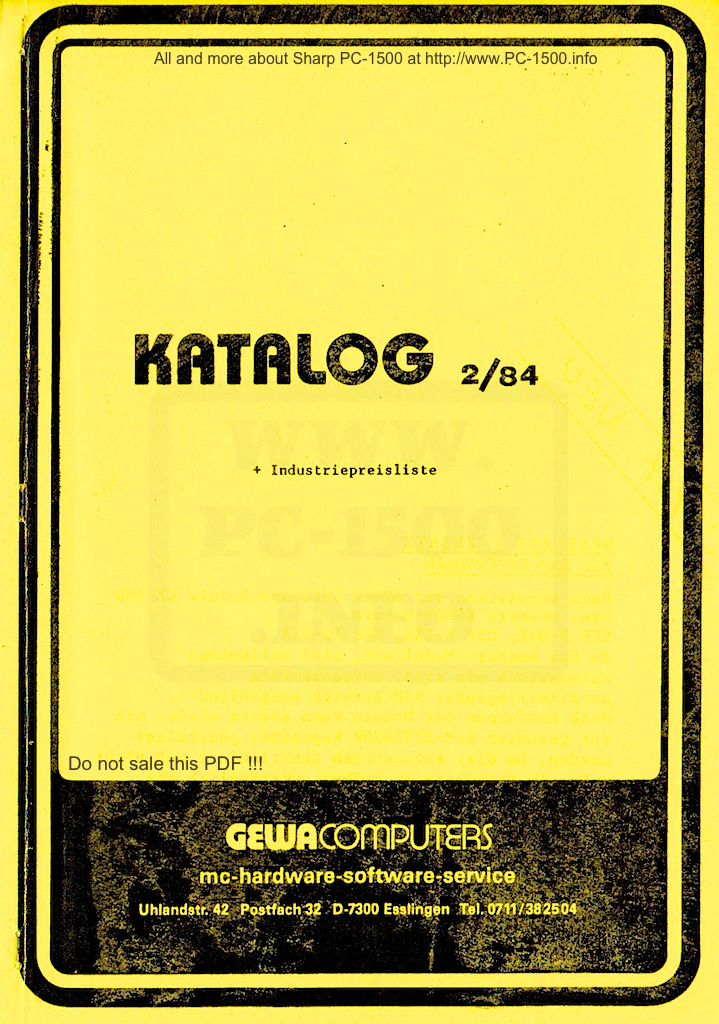 TRAMsoht TOOLs were very well known in Germany as showed by the following article : 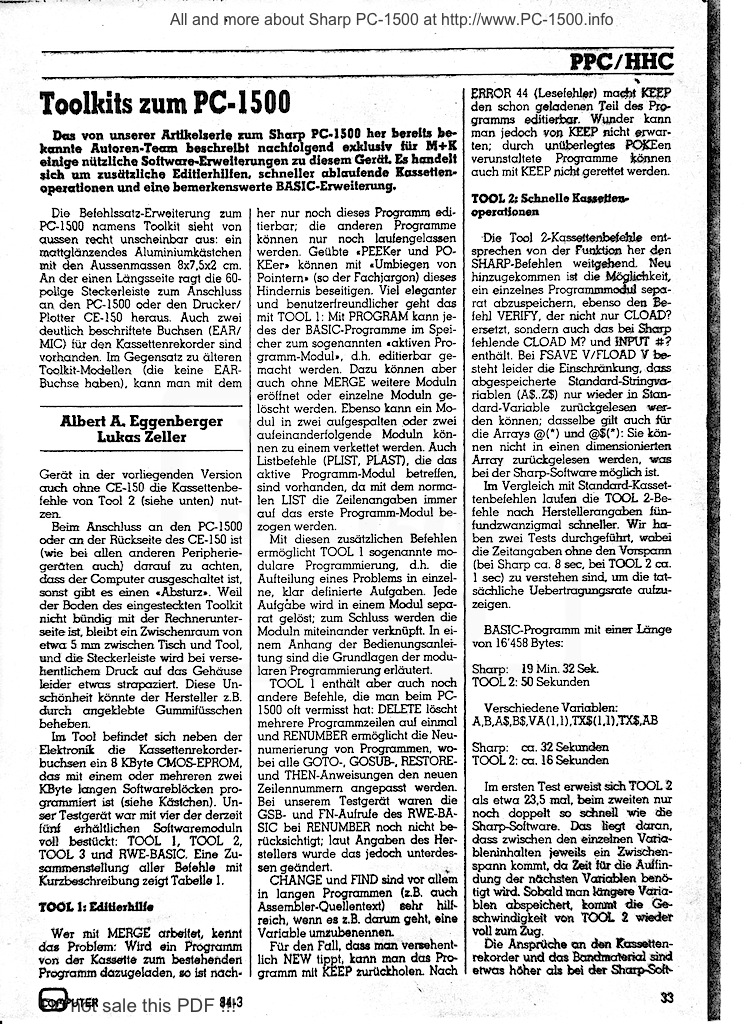 Remember that you can have more informations about TOOLS on TRAMsoft website. And you can buy some available extensions too.
Manuals are available for download.

Next time i will show you their storage solution… 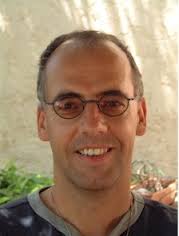 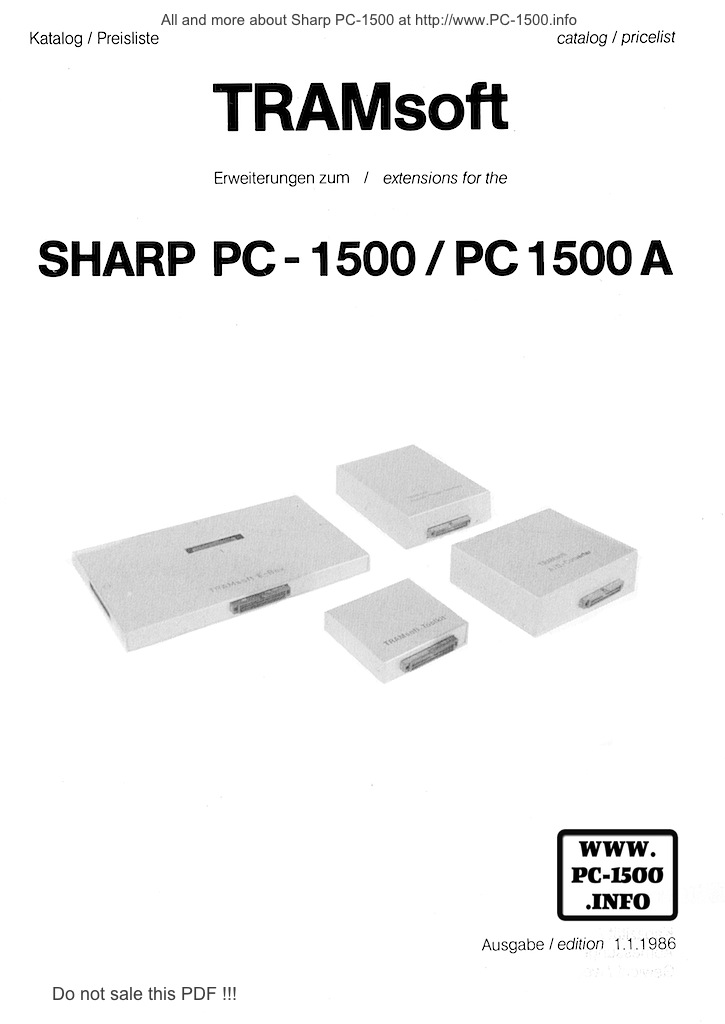 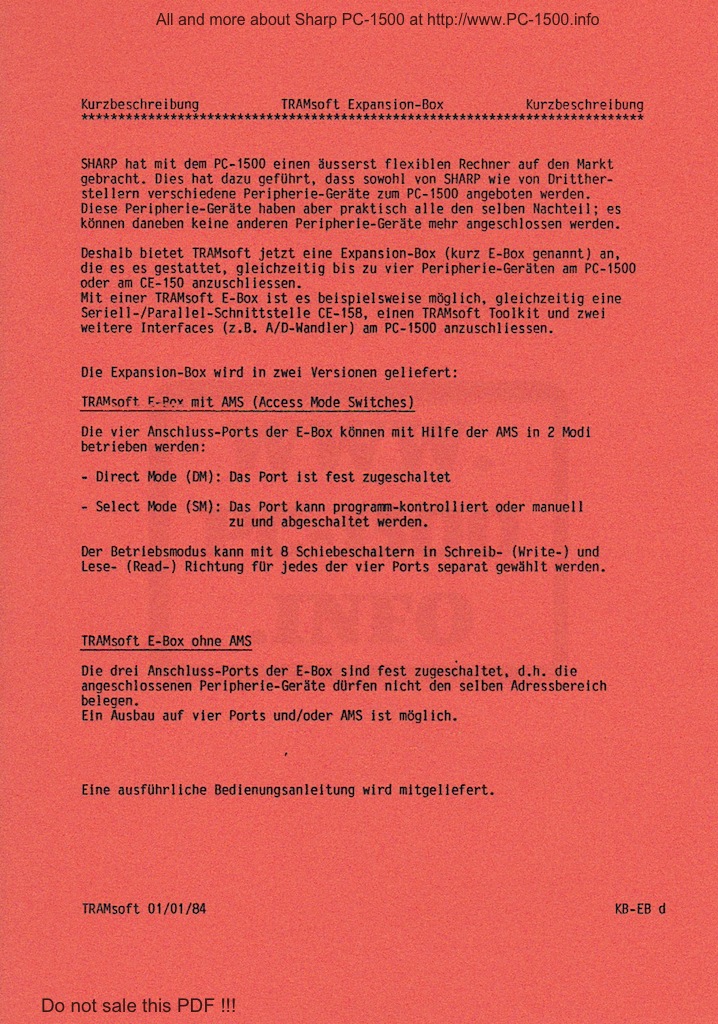 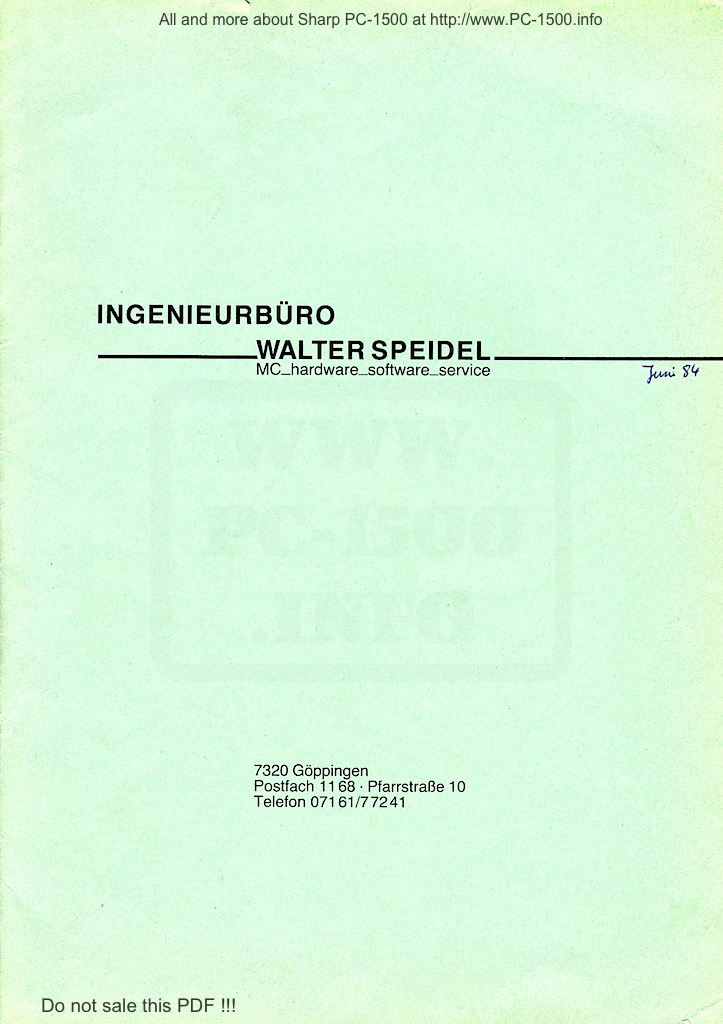 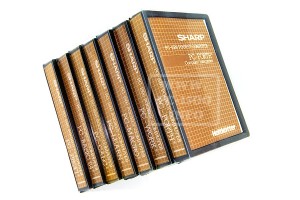 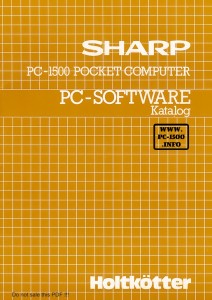 My site tries to gather all the information on the fantastic machine that was the handheld Sharp PC-1500 and its various versions.

To advance this work I need your help.
I’m not talking about donations “money” but documentation, books, hardware, software, plug-ins, accessories Sharp, Tandy … etc to complement this collection and also serve me for trade.

For example, Tandy sold a lot of software for the TRS-80 PC2 (Radioshack Tandy) but I found only rarely.
Besides my Tandy PC2 is not the best form and if someone has one to offer I agree 🙂

There is also the original boxes that I miss. Perhaps you have in your attic?
User manuals?
…

As you understand, anything can interest me and use me to advance this site.

I listen to your suggestions 🙂

Thank you to you.