As you understand my research to tell the story of the PC-1500 does not have borders.
I have many things from Germany. And my previous donor, Xavier Fojud brought me a link between France, Germany and Switzerland. In the latter I already had some contacts but the documents he had generously offered allowed me to connect some names.

Last week I received a gift of Lukas ZELLER.
He has been active Swiss side of the PC-1500 with his diary “Tips & Knife” and his assembler ZASM-S.
So here is his generous gift: 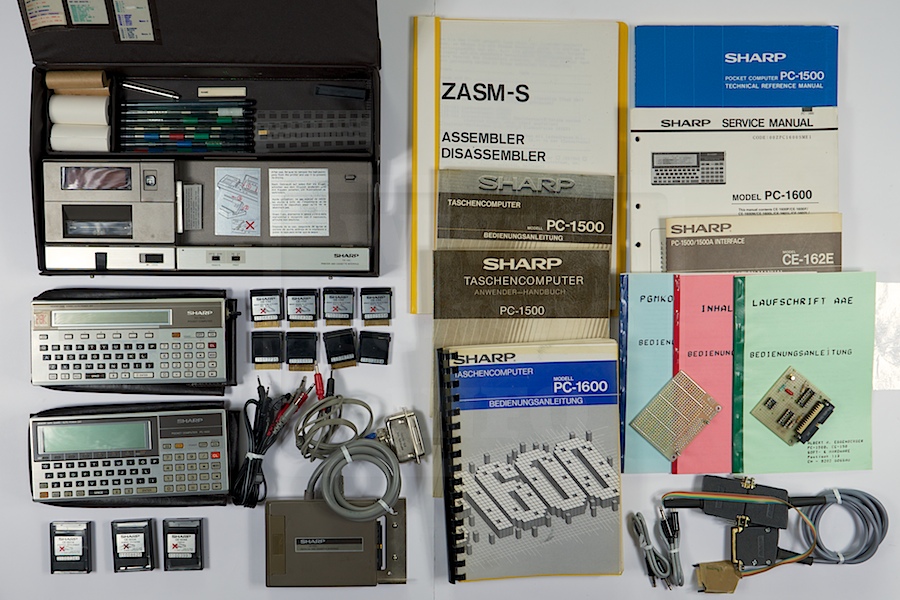 These PC-1500 and PC-1600 contain something not trivial that I will reveal later here in the series of articles on Lukas Zeller.

A huge thank you to Lukas!